Family Owned and Operated since 1991

Founded in Philadelphia in 1991

Bentley Truck Services, Inc. was founded in 1991 by Fred and Donna Bentley.  The first location was in the Food Distribution Center of Philadelphia with a 2 bay shop offering truck repair.  We started with just 3 technicians.

1995 – Our second location was added in Bridgeport NJ.  Later that same year, the shop in Philadelphia was relocated to 7th Street, with 11 bays and a parts department, operating 2 shifts. At this time, the lease and rental fleet had grown to almost 100 units.  During that time, in addition to truck leasing, rental, sales, and repair, the company added a Contract Maintenance service to enable customers to own their own trucks, but have all the advantages of leasing.

1999 – We continued to grow and expanded to the state of Delaware and opened a third location. That same year, we moved our New Jersey shop to a much larger facility in Swedesboro.  After only 1 year, the shop was moved again to an even larger facility in Paulsboro, NJ, and the Swedesboro location became the Administrative headquarters for the company. 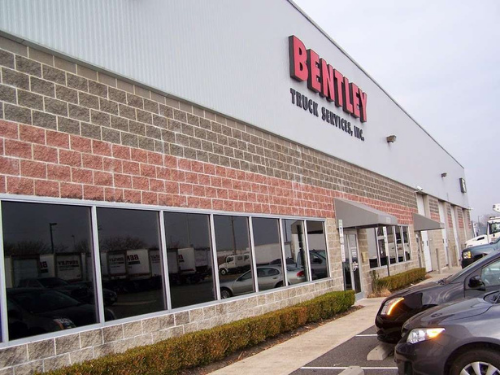 2006 – We built a new state-of-the-art facility on Essington Avenue to house both the dealership and lease and rental operation. The lease and rental fleet had grown to over 500 vehicles, and we were representing 3 brands.

2007 -Bentley opened a lease and rental location in Miami, Florida with a rented bay and office trailer. Within the 1st year, that location was supporting a fleet of almost 50 trucks with 6 employees.

2008 – 2009 – The Mitsubishi franchise was added in 2008 in Philadelphia and the Isuzu franchise in Delaware. Construction began on another facility in Logan Township, New Jersey. The building was completed in February 2009 and became a Hino dealership as well and is home to the administrative offices of the company. 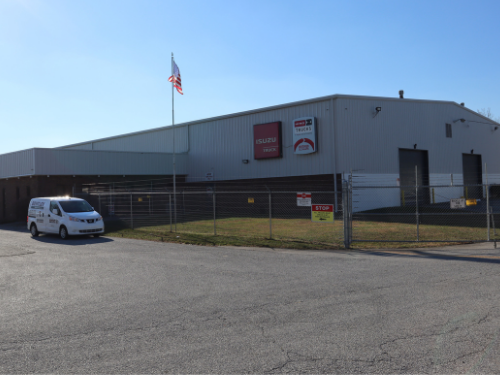 2010 – This was growth year for Bentley. We moved the Wilmington, DE location into a newly renovated building in New Castle, Delaware. This location became the third Bentley location selling the Hino brand. A month later, we acquired a dealership in Northeast Philadelphia and were approved for Isuzu sales, as well as a parts and service facility for GM.  In November of 2010, the Miami facility was relocated to a renovated service facility near the Miami Airport. The fleet had grown to over 100 units and was serving customers across southern Florida.

Currently under construction.. check back soon for updates!

Committed to Excellence Since 1991